Jo Thomas on Setting the Scene for The Oyster Catcher 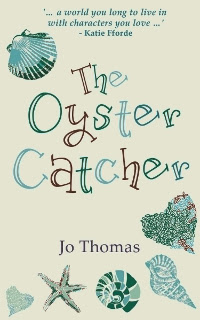 I'm pleased to host Jo Thomas today as part of her tour for her full-length romance novel, The Oyster Catcher. I asked Jo to talk about a significant scene in the book and how it came about, and she's come through with a discussion of the all-important opening scene. With no further ado, I'll turn this over to Jo!

Moving to a new area can be very scary. Everything can be so different from what you’re used to, as I found out when I first moved to Ireland. I was in awe of its beauty, amazed by how much it could rain and totally at sea when it came to reading the road signs in the Gaeltacht, the Irish-speaking region of Ireland. This is how my book begins.

This is the very first scene in the book. We’re in Galway and my heroine Fi is coming to terms with her new situation. The reason why it’s significant is that the book didn’t initially start here. Then a very experienced writer read the start of my book and told me I needed to get straight into the action of the story. And so, you’ve heard the expression ‘murdering your darlings’, I cut and binned the first 10,000 words and started here instead...

The sea air hits me like mouthwash for the head. It’s clean, fresh, and smells of salt. I’m standing on the steps of the Garda station; or Portakabin really. The wind blows my hair and I hold my face up to it, letting any tears that may have escaped mingle with the damp air. With my eyes shut and my face held up to the wind I realise two things. One, I’m in a place called Dooleybridge and two; I am absolutely stranded wearing the only dress I have – the one I’d got married in.

I open my eyes, shiver and walk back towards the harbour wall where the camper van had been. There are some scuff marks on the wall and a headlight that had fallen off, but other than that there’s no real trace that it was ever there at all. I bend down and pick up the light. Oh, that’s the other thing I realised while being cautioned. There’s absolutely no way I can go home, no way at all.

I turn round and walk back towards the road; when I say walk, it’s more a hobble. My shoes are killing me and are splashing water up the back of my feet and calves. But then it isn’t really gold mule weather. It’s cold and wet and I couldn’t feel any more miserable than I already do. I head back up the hill and cross the road just below the Garda station and step down into a tiled doorway. I take a deep breath that hurts my chest and makes me cough. I have no other choice. I put my head down. I touch the cold brass panel on the door and with all the determination I can muster, push it open.

The door crashes against the wall as I fall in, making me and everyone else jump. As I land I realise it’s not so much the throng I was expecting but a handful of people. All eyes are on me. A hot rash travels up my chest and into my cheeks making them burn and inside I cringe. I feel like I’ve walked on to the set of a spaghetti western and the piano player has stopped playing. ‘Sorry,’ I mouth and shut the door very gently behind me. My stomach’s churning like a washing machine on spin cycle. I look round the open-plan pub. At one end is a small fireplace and despite it supposedly being summer there’s a fire in the grate giving out a brave, cheery, orange glow against the chilly atmosphere. There’s an unfamiliar smell in the air, earthy yet sweet. In the grate there are lumps of what look like earth burning on the fire. Back home I’d just flick on the central heating but home is a very long way away right now. There’s wood panelling all across the front of the bar, above it, below it and round the walls. When I say wood panelling, it’s tongue and groove pine that’s been stained dark. It’s the sort of place you’d expect to be full of cigarette smoke but isn’t. In the corner by the fire there’s a small group of people, all of them as old as Betty from Betty’s Buns. Or as it’s now known The Coffee House. Betty’s my employer, or should that be ex-employer?

According to a champion shell shucker, in order to open an oyster you first have to understand what’s keeping it closed.

When runaway bride Fiona Clutterbuck crashes the honeymoon camper van, she doesn’t know what to do or where to go. Embarrassed and humiliated Fiona knows one thing for sure, she can’t go home. Being thrown a life line, a job on an oyster farm seems to be the answer to her prayers. But nothing could prepare her for the choppy ride ahead or her new boss the wild and unpredictable Sean Thornton.

Will Fiona ever be able to come out of her shell and find love again?

As the oyster season approaches, will there be love amongst the oyster beds of Galway bay? Or will the circling sharks finally close in?

Jo Thomas started her broadcasting career as a reporter and co-presenter with Rob Brydon on BBC Radio 5, reported for BBC Radio 4’s Woman’s Hour and went on to produce at BBC Radio 2 working on The Steve Wright Show. She now lives in the Vale of Glamorgan with her writer and producer husband, three children, three cats and a black lab Murray. She writes light hearted romances about food, family, friendships and love; and believes every story should have a happy ending.
http://jothomaswrites.blogspot.co.uk/
https://www.facebook.com/JoThomasAuthor
Twitter: @jo_thomas01 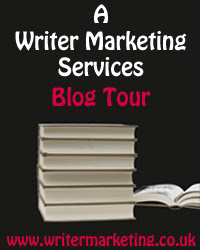