My Trouble With Mantis in Guardians of the Galaxy Vol. 2

I saw Guardians of the Galaxy Vol 2 a couple weeks ago, and since then I've been rolling stuff over in my mind about the Mantis character. My reaction during the movie was discomfort—I felt I was watching a portrayal that played to certain racial stereotypes. As often happens, though, I hesitated and questioned myself a lot, worrying I was being "oversensitive" or reading something into her that wasn't there.

The feeling persisted, though. I thought other people might write about this for me, but I haven't seen a lot along those lines, so I'm going to write about what stood out for me.

To properly discuss this, I'm going to use spoilers whenever necessary, and generally I'm going to talk like you've seen the movie. Be warned.

Here are the ways I felt weird about this character:

Let's talk about Ego. If you think about what he does, he is literally an exploitative sex tourist (he travels to one planet after another impregnating people). I can't tell you how many of those types I've met in real life who are obsessed with/fetishize the idea of obtaining (possession word used intentionally to describe this mindset) an Asian wife or mistress, usually because he thinks this woman would be some combination of submissive and exotic.

When I saw Mantis with him, I immediately read her as a woman filling that role, either in a sex worker way or in a mail order bride way. There's a clear power imbalance between them, and she seems cowed by him. The references to how she helps him sleep fit into a sexually suggestive framework, to my mind.

Okay, but isn't Ego the villain?

I wondered if that somehow mitigates this portrayal of Mantis. Can the movie be read as a story of her escaping Ego's clutches and finding her own voice in some way? But I don't think so, and that has everything to do with how Drax treats her.

The interactions between Drax and Mantis are coded as a romantic B-plot (her attractiveness is discussed, she seems to be a part of his moving on from the loss of his wife, and toward the end of the movie he both princess-carries her and compliments her). I found this relationship sinister, though, because it reinforces the image of Mantis as exotic and submissive, playing into the same qualities that Ego the sex tourist seems to see in her.

Mantis does take action to go with the Guardians—specifically, she gives them key information about Ego's true motives and actions. She also delays Ego for a key amount of time during the climactic battle. This does earn her appreciation with the Guardians.

I don't think it earns her enough or the right sort of appreciation, though. The main kudos I recall her getting come from Drax, who grudgingly tells her that she is beautiful after all—on the inside (implication being that she is actually physically ugly). At the theater where I saw the movie, this line drew laughs, but it's an ugly, backhanded compliment. Mantis's "obvious" beauty and Drax's personality quirks are supposed to mitigate how this lands, I think, but in context... they don't.

Pro tip: Insults that say something "obviously" false about someone else... are still insults. (See all the times terrible insults have been justified as humorous for this reason. For example, the debacle around The Onion's disgusting and crude tweet about Quvenzhané Wallis).

Mantis seems to take Drax's insults as deserved and complimentary, and that's not sweet, especially when I'm already seeing her as a possibly traumatized victim of sexual violence from Ego.

Mantis is an empath. I think her casting illustrates the way artistic projects can work with stereotypes or against them.

There's nothing wrong with having a character who's an empath. But when I see the way Mantis is portrayed, I think OF COURSE they chose to make her a woman. OF COURSE they chose to make her an Asian-coded woman. (Actress Pom Klementieff is French, and her mother is Korean). The idea of the empath works entirely with the stereotype of the Asian woman as receptacle for the hopes, dreams, and penises of straight white men. I'm disappointed to see it played that way.

To cast an Asian woman as an empath without falling into this trap, the character, frankly, has to be written better and with more depth. For more automatic stereotype resistance, cast someone else who doesn't "fit" the idea—and don't play that for laughs. Imagine if the Mantis character was played by someone like Idris Elba (again, not for laughs about the "contrast"). The whole thing would feel very different. 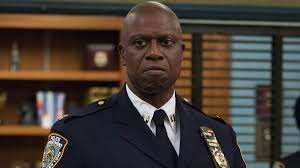 4) Her use of language and the jokes about it

Mantis speaks, to my ear, with an accent that seems to mock the typical sound of English as spoken by Asian people who've learned it as immigrants. She also, inexplicably, seems not to know certain words. I feel she's coded as an immigrant and non-native speaker, which plays into the way her character embraces Asian stereotypes.

For example, listen to the way she responds when Drax tells her she's disgusting. She proudly announces, "I'm disgusting," to Gamora, and the way she says it reminds me of the way Asian people sound when they don't speak English well.

In other words, Drax's abuse feels even meaner because it takes advantage of a character who doesn't seem to speak the language—and the movie plays this for laughs.

Given these things, the movie left a bad taste in my mouth (though I will laugh forever about looking desperately for tape, even in the future).

Here are a couple of links I've found that discuss issues with Mantis, though not quite from the same angle.


Guardians of the Galaxy Vol. 2 Turned Mantis Into the Butt of a Joke by Charles Paul Hoffman
"Intentional or not, Mantis’ portrayal feels very much like the trope of the wife a soldier brought back to the United States after the Vietnam War."

A Good Chunk of Guardians of the Galaxy Is Devoted to Calling This Character Ugly by Morgan Baila
"Why, in a film promoting a misfits gang full of a diverse range of characters, with varying levels of skill, intelligence, and attractiveness, is this female character being singled out for her looks? It's a cheap and lazy plot line, and it almost ruined the movie for me."