Guess What's Out In Time For Christmas? 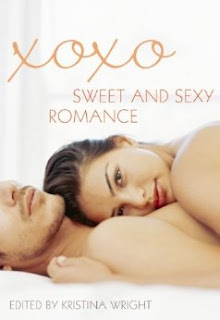 It started when Amy took Paul's hand while standing in front of the enormous Buddha statue on Hong Kong's Lantau Island. If she had been home, she would never have done something like that. She would have focused on their differences — his dark skin compared with her light, his glasses versus her contacts, and his having traveled there as a sort of pilgrimage rather than, like her, visiting the statue simply because the guidebooks recommended it.

Now, in a foreign country, Amy's definition of common ground had transformed completely. She sat next to Paul on the crowded, careening bus to the Po Lin Monastery because he looked American, and smiled in genuine delight when she discovered they were from "the same place" — though normally she would have said South Florida and Central Florida might as well have been two different countries.

Standing on the steps leading up to the bronze statue's smiling abundance, taking pictures of each other, then angling their cell phones awkwardly to take pictures of themselves together, Amy glanced at Paul and saw in his face the same joy, freedom, and wonder she felt in her heart. She reached for him naturally, before she thought about it.

Out now from Cleis Press!
Posted by Annabeth Leong at 5:26 AM