I've been working through some piled up email and belatedly discovered that editor Rachel Kramer Bussel had announced the table of contents for Best Women's Erotica of the Year, volume 2. Here's the list, and I'm so happy to be on it: 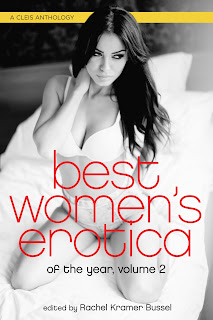 You can keep up with updates about this book at the series Tumblr that Rachel runs.
Posted by Annabeth Leong at 12:30 AM No comments:

Labels: Annabeth Leong, Best Women's Erotica of the Year volume two, On Some Maps But Not on Others, Rachel Kramer Bussel

If you're a longtime visitor to my blog, you may have noticed that I'm making things look a little different around here. I've been working to make the blog look more modern, take advantage of wider screens, and generally make things easier to navigate.

As part of that, I realized I wanted to have all my upcoming events in one place. So may I draw your attention to the new See Me in Person tab? There you'll find info about my upcoming performances, readings, and workshops, and I've got a decent amount of stuff coming up. Hope to see you at an event soon!

I'm also working on what has been one of the ongoing problems of my writing career: I've written lots of stuff, and it's hard to figure out how to make it easy to navigate. Right now if you're looking for my work, you can find a lot of it through my Amazon author page. That doesn't tell the whole story, though, and it doesn't do much to help you sort through the different types of things I write. I've got some stuff under construction that I'm hoping will help address that problem.

And if you have thoughts about how you'd like that information presented, please feel free to let me know. Thanks, as always, for reading!
Posted by Annabeth Leong at 12:30 AM No comments:

So I'm honored to help her spread the word about her upcoming collection, The Prince's Boy. Here's some early info about what's on the way: 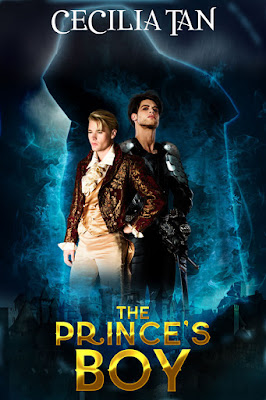 The much-lauded tale of men, lust, and dark magic, now collected into one complete tale! Includes the full text of volumes one and two and two bonus stories.

In a fantasy world where the lust of male for male fuels Night Magic, Prince Kenet lives a sheltered life. Isolated from the war that threatens the kingdom, he and his whipping boy Jorin are of age, but still sneak forbidden pleasures in their bed at night. When a dark mage tries to bespell Kenet into sexual submission, the prince and his boy are thrust into the world of intrigue, sex, and war.

Drawing on complex themes of dominance and submission, the need for secrecy in a world where homosexuality is not accepted, and the intertwining of sex with magic, Tan weaves a complex, sex-filled adventure that is part "Three Musketeers" and part "Claiming of Sleeping Beauty."

Praise for THE PRINCE'S BOY:

"Brilliant from start to finish, but whew! What a marathon! You'd better train up for this one, or be prepared to read it in small bite sized pieces (if you can put it down, and yes, it is that good). It is not for the faint of heart. There is graphic torture, rape, slavery, every form of questionable behavior one could think of. And with all that? A story not to be missed. By turns gritty and lyrical. It is the chiming of tiny crystal hand bells and the inescapable, thundering peal of the bells of Notre Dame. A powerhouse, a tour de force. Not to be missed. But buckle up baby. It's one hell of a ride." —Elisa Rolle, The Rainbow Awards

Do you want to see the pictures all huge and gorgeous on Cecilia's own website? You can, here! Do you want to preorder the book now? Also possible, at Amazon. Cecilia tells me the ebook bundle is set to go live on November 15th. :)
Posted by Annabeth Leong at 4:21 PM No comments:

I signed another contract with Sexy Little Pages, this time for my story "Fast Pitcher," which will be out soon in Harley Easton's anthology For Love of the Game. (Want to get to know Harley Easton sooner? Her work appears alongside mine in another SLP anthology, Inked.)


"You said we wouldn't score off you unless you want us to. I guess the question is, do you?"

Margie ignored the question, winding up, knowing her speed alone could stop him. Muñoz swung on the heels of the pitch, but still a fraction of a second too slow. She glanced at Phillips and saw the lust in his eyes, but this night had become about more than an individual's desire. There was raw hunger between the three of them. Together, they could have eaten the world. Margie thought about what it would be like to step deeper into that mood, to tear into the two men with all her need.

Phillips tossed the ball back to her. Instead of winding up again, she let her glove fall off her hand and onto the mound. The ball fell beside it.

"Then pitch to me. Let me take you deep."

Margie grinned and shook her head.

"Nah. You can't touch the ball. I'm not giving you that satisfaction." She reached up for her hat and swept it off her head. "Satisfying myself, though... That's another story."

The page isn't up yet for the book, but if you'd like to keep an eye on what I've got coming from SLP, you can look at my author page here.
Posted by Annabeth Leong at 12:30 AM No comments:

I've written a fair bit about street harassment, and right now I've got a pretty heavy piece about it up at the Grip (CN: self-harm). I talked about something that I think sometimes gets lost in discussions of street harassment: what it's like to run into it on a day when you're really not okay, the way the mind games a harasser plays (such as quick pivots from "compliments" to insults) can exacerbate existing feelings of depression and worthlessness.

It felt like something I really needed to write, but I also feel sort of weird about "inflicting" that heaviness on readers. Which gets back to the point, I think. I definitely didn't feel up for being harassed on the day I'm writing about (not that I ever do, but this particular day I just really didn't have the mental fortitude to absorb the blow of it). And yet it happens. All the time. That's one of the reasons I need to keep writing about it.


The reason it hurt so badly, I think, was entitlement. Right then, I didn’t feel entitled to live, to breathe, to be in the world without being hurt. I needed a little entitlement. I needed it to be okay that I couldn’t satisfy the person I was fighting with, to see that I still deserved to exist and be loved even if I wasn’t what someone else wanted me to be.

If I had been walking around like I was God’s gift, that would have been a huge victory for me.

That insult, though… What that guy said to me was an effort to take down someone he saw as entitled. “You can’t just walk around like you’re God’s gift, cuz you ain’t.” What was I doing that seemed so entitled to him? Walking down the sidewalk? Breathing? Having breasts? Not responding to his demand for my attention?

You can read the rest here.
Posted by Annabeth Leong at 6:35 PM No comments:

I signed the contract today for Lola Sparkles' forthcoming anthology Goodbye Moderation: Lust. Something about the way this call was worded really unglued me when I read it. I could hear the narrator's voice in my head immediately, insistently. The story I wrote, "More Than Nothing," was that very special, drop-everything-and-write-this type of story.

I can't wait to share more details once I've got them. I mean, have you seen the covers that Sexy Little Pages puts out? I'm so looking forward to posting one for you.

"More Than Nothing" had this breathless feeling when I wrote it. My need to write it matched the narrator's need to be in it. Reading it later, I still feel that. I'll give you a little taste before I sign off, with more to come.

On my way up the narrow, broken stairs that lead to her apartment, I clear away the junk mail her neighbors drop all over the place, because I can’t handle the thought of her putting her cane down on a glossy piece of paper and slipping on it.

“What do you want?” she asks when I let myself in, her voice absolutely casual.

“That doesn’t answer my question.”

I stare at her. She’s sitting in her customary chair at the rickety kitchen table. I want to press my lips to every inch of her, from the scars on her legs to the tattoos on the insides of her wrists. I can’t actually tell if she’s pretty. You don’t evaluate the shape of a goddess’s nose or chin. You try to survive her presence, and you come away with impressions of brown skin and full cheeks and curving lips that might be mocking or might be inviting.

Her gesture toward the tea kettle on the stove tells me I’m allowed to stay, so I busy myself with serving us both.

I’m not sure what she wants me to say. She makes me fantasize about her over the phone from the bus in the morning, from my cubicle at work, from whatever bed I’m in at night. In text messages, I search for praise for blurry pictures of her jaw, the side of her knee—any body part she deigns to show me while hinting she might one day send me a shot of her bared breasts or spread-open cunt.

Suffice it to say, the goddess in question is not planning to order takeout.
Posted by Annabeth Leong at 1:29 PM No comments: