This week, I signed a contract for Best Women’s Erotica of the Year, volume two, which is a huge honor. My story is called “On Some Maps, But Not on Others,” and it’s full of a bunch of stuff I find hot and interesting and difficult. 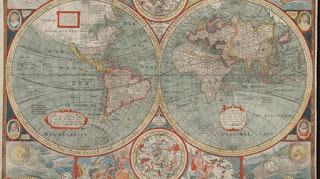 More than anything else, it’s an attempt to articulate what it feels like to be inarticulate about something to do with sex and gender, to want things you can’t put words to, to want things when you don’t understand why you want them, to play a game of hot and cold with yourself, trying to figure out who you even are.

I’m going to show you what I mean with a couple of tiny excerpts:

"Let's keep this nice and hard for me," my girlfriend whispered. She pulled out a thinner rope this time, but if anything this one looked crueler than the first. Working deftly, she wound it around the base of Alex's cock, the flesh reddening as she did. By the time she finished, the head of his cock was purple. Alex's eyes were closed, and his lips moved as if he was praying.

Something pulsed inside me, somewhere very deep. I wasn't sure what the feeling was, but I knew I was dripping wet. I tried asking myself what I wanted or what I wished I could do. Did I want to hurt like that? Did I want to do the hurting? Did I want exactly what I had—to be able to watch? I was somewhere in this scene, but I couldn't figure out exactly how.

Gender still scares me, but now I think about it all the time. I don't know what to call myself, don't know what I am. The boundaries of my body shift and change. My cock is an island charted by sailors before Google Earth came along, appearing on some maps but not on others. My cunt is sometimes a depth, but sometimes a height. My breasts rise and fall. They curve into hills, then flatten into plains. I don't understand what gender has to do with any of this anatomy. Sometimes my cunt feels tough and masculine, ready to take any sort of abuse. Sometimes I put on my softpack and watch it tremble, so delicate in shape and color, and it feels like nothing could be girlier. Other times it seems self-evident that if I put on my cock I am playing at being a boy. Mostly, it all feels queer, in a way I'd never have had the guts to explore when I was younger.

This narrator isn’t me, and the story isn’t autobiography. I go through stuff like both of the scenes above, though, and a part of me is still surprised I was brave enough about them to enter that territory in this story. I remember a time when I learned to gather my courage to ask for what I knew I wanted sexually, and I am still proud of learning to speak for myself that way. But I’ve been in a different place the last couple years, and it feels more uncomfortable to me. Lately, I’ve been an undiscovered country even to myself. I don’t understand how I work anymore. I don’t understand the things I want. A lot of the things I think about confuse me more the more I think about them.

What this story reminds me of, though, is that this is valuable, interesting territory. It’s dangerous, but it’s “live.” It’s hot. It’s full of revelations. Sex and gender aren’t at all what I used to think they were, but that’s as exciting as it is scary.

So I’m really happy that I’ll get a chance to share this story with you. I am here for all the readers and writers who want to live at the edge of the horizon. I am so here for all of us.

It’s early yet—I don’t think this book will be out for a while—but it’s not too early to preorder. You can do that here.

(The image above belongs to Normn B. Leventhal, and is used under a Creative Commons license.)
Posted by Annabeth Leong at 5:48 PM